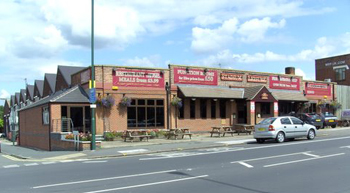 The Club Meets at

The last time Paul Harrison appeared at the club it was with his own band back in 2014 which featured Kevin Grenfell. This time he is featured in Kevin’s Jazz Giants band, a neat five piece which will give plenty of variation for the front line: Kevin on trumpet or trombone and Paul on clarinet or sax. Making up the rhythm section of piano bass and drums are Phil Nice, Ian Parry and Mike Cypher. Ian Parry was last here with Richard Leach last year when he played banjo and guitar. Phil Nice came with the Jazz Giants two years ago. It’s a rare chance to see Paul Harrison so make it a date.